My Oulu: Youth emigration and food sovereignty are hot topics around the Arctic region

Suorsa got to participate Arctic Policy Hackathon about food sovereignty in the Arctic and panel discussion with the focus on youth in the Arctic – both sessions hosted by the Arctic Mayors Forum.

“It was super exiting to take part of the Arctic Circle! I got to take part of Policy Hackathon and panel discussion as representative of a young(er) resident from the Arctic region. We surely had interesting discussions in front of prestigious audience”, Suorsa tells.

Where is the beef for the young people?

Arctic Mayors Forum’s session Youth in the Arctic focused on how municipalities can remain attractive for youth in the region. How to prevent youth emigration and brain drain is an issue to be solved across the Arctic region.

“In my opening remarks I had three points, that I wanted to bring into discussion: how municipalities provide meeting places for the youth, activities, events, opportunities for hobbies – is there enough room for social encounters? How do young people find this information, is there enough communication addressed specifically to young people?”, Suorsa starts.

“Secondly, how permissive small cities within the Arctic are compared to bigger, urban cities? Very often youth that doesn’t feel to be mainstream citizen or belong to some minority, have found out very difficult to find their place in their home municipality and they moved to bigger cities where they feel that can be freely themselves”, she continues.

Third point in Suorsa’s opening remark is maybe the most vital one. 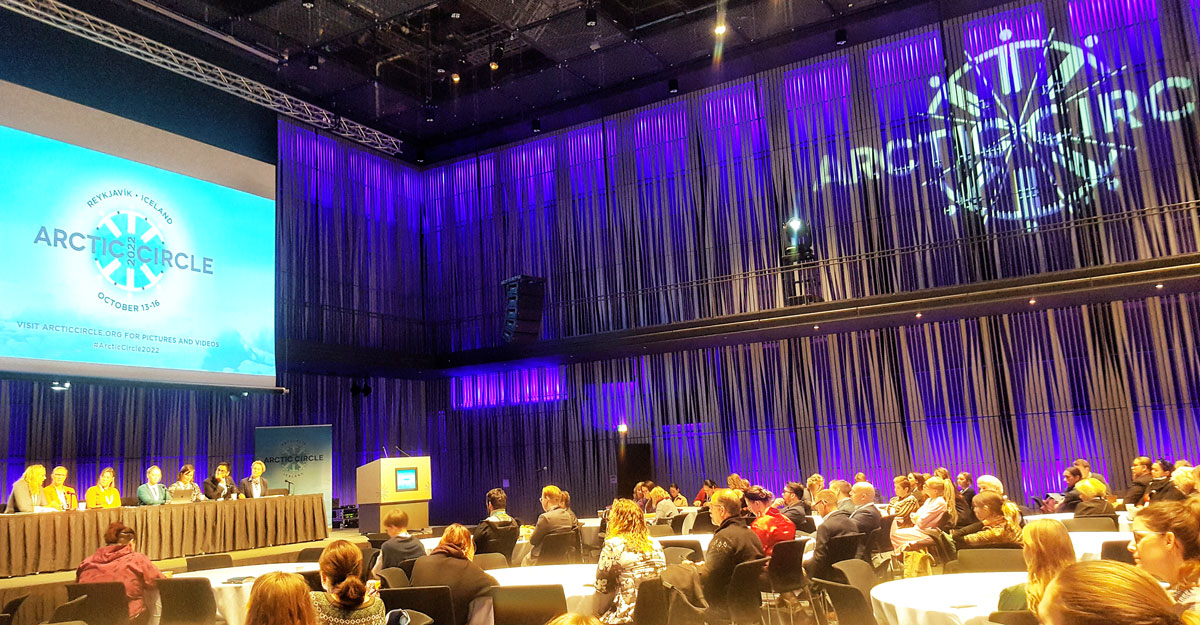 Suorsa got to participate Arctic Policy Hackathon about food sovereignty in the Arctic -session hosted by the Arctic Mayors Forum.

“In hackathon we had 14 young people from different countries around the Arctic and our aim was to discuss and give policy recommendations from the youth perspective about food sovereignty”, Suorsa explains.

“Overall, the outcome of the hackathon was, that Arctic peoples should maintain their easy access to local and traditional foods and to be able to hunt, trap, fish, harvest and herd as it improves their quality of life and physical and mental well-being”, Suorsa continues.

Arctic Policy Hackathon was arranged in collaboration with The Canadian International Arctic Centre and The Gordon Foundation, in addition to Arctic Mayors Forum.