During this autumn, Mun Oulu has started publishing articles in English. New English articles will be published a few times a week and they can be found in a section called My Oulu.

The city of Oulu wants to provide interesting and useful content both in Finnish and in English, so that people who do not speak Finnish are also able to enjoy Mun Oulu.

The English articles on Mun Oulu website focus on topics such as international Oulu, services provided by the City of Oulu, work and entrepreneurship, as well as leisure time activities. International citizens of Oulu are given a voice as columnists.

Oulu is an international university city that attracts people from all over the world. There are almost 10,000 foreign-language speaking citizens living in Oulu.

“The new Oulu city brand, to be published this week, represents the international nature of our city stronger than before, which is why we want to increase the use of English in our communication channels. As the future European Capital of Culture, we have to communicate in English as well,” explains Mikko Salmi, the City of Oulu’s communications director and Mun Oulu’s editor-in-chief.

English articles are published in Mun Oulu’s article feed a few times a week. The article headlines include the tag “My Oulu”.

My Oulu can be found in the menu of the website, and all the English articles are available at munoulu.fi/myoulu.

Ideas for English articles can be sent to address munoulu@ouka.fi. 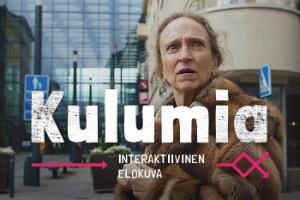