My Oulu: Despite the enormous fear and worry, the Ukrainian students focus on the positive

Brave and determined Ukrainian students Olena and Anna visited Laanila High School. Concern for their homeland is immense. However, by focusing on their own studies, they can later participate in the reconstruction of their home country in the best possible way.

Anna (15) and Olena (21) came to Finland one month after Russia’s attack in Ukraine in February 2022. For a couple of weeks, they were enormously stressed out and shocked about the situation in their home country. At the same time, they recall that they were extremely relieved they were welcomed to such a peaceful and secure country as Finland.

Accompanied by their family members, they settled down at the Reception Center in Oulu and enrolled in Preparatory Education for Degree Education at the Oulu Adult High School. There they are now studying Finnish, Swedish, Geography and Math, and hope to make the most of this time to educate themselves in the best possible way and then later return for the rebuilding of their home country. 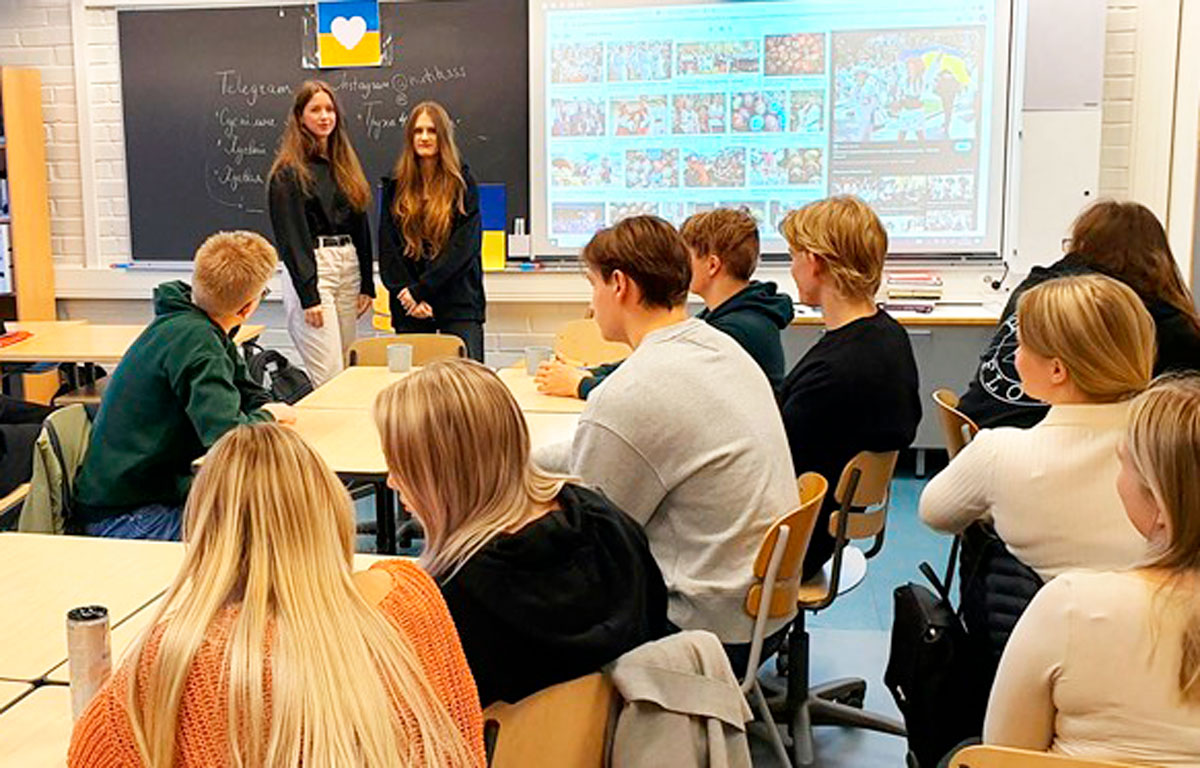 After seven months, with their regular daily schedules, the Finnish way of life has started rolling. It helps them to adapt, keep calm and find a purpose for their life.

"By now we have almost got used to hear about the war and the attacks in the Ukrainian cities", Anna says.

However, both girls admit that the horrible feeling of being greatly distressed and shocked returned the other day when Russia suddenly dropped 83 missiles on civilian targets in Ukraine, killed many people, drove thousands of them back into their shelters and knocked out electricity. Communication with their father, uncle and friends in Ukraine has been challenging after that.

The Ukrainian language sounds similar to Slovak and Polish. Nowadays Anna and Olena refuse to speak Russian with their family and friends even though it has been their first language since childhood. Now, along with their family members, they prefer and insist on always speaking Ukrainian to each other. The use of Ukrainian gives them a stronger feeling of defending their cultural heritage and their beloved home country.

Along with the Ukrainian refugees, the reception center in Oulu accommodates a few Russian refugees, too. Anna and Olena prefer not to have anything to do with them. They can’t really trust any of them and they try to avoid having contacts with them as much as possible. In this situation, they say, it is essential not to care about them at all.

For the Finnish students and teachers Olena says they shouldn’t worry about the war in Ukraine too much as it’s not good for your health. Ukraine will go on fighting and they themselves will surely worry, but they are confident that with the help of the Western world Ukraine will win the war, sooner or later.